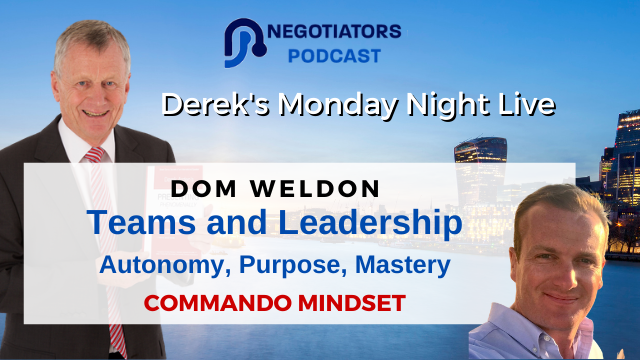 He joined the Royal Marines serving our country as a Commando and rising to the rank of Major.

Served in Afghanistan and Iraq, including front line operations in Helmand, working with UK Police in guarding the nation’s nuclear weapons, and coaching recruits at the Commando Training Centre.

Dom’s tour to Iraq saw him in Baghdad, embedded in a US Special Forces HQ, partnering with Iraq’s Kurdish, tribal and special forces as they defeated ISIS.

On leaving the Royal Marines, he moved into a career in finance and spent two years at Black Rock and CitiGroup in sales and relationship management.

In gaining this commercial experience, he became more convinced of the value certain military concepts and practices could bring to business performance. He left finance in 2021 and launched Albany York (https://www.albanyyork.com) – a leadership consultancy focused on teams.