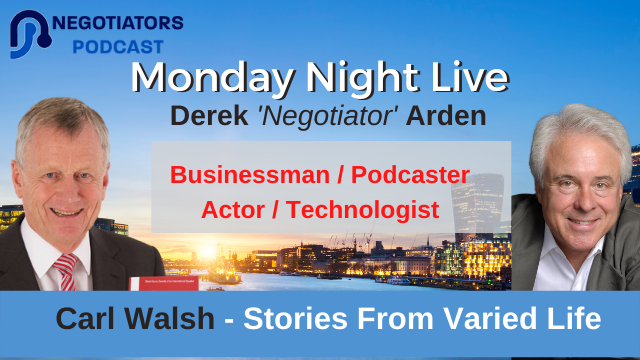 Derek met Carl when he was interviewed on his podcast channel ‘The Oval table’ The subject was negotiating in difficult situations.

﻿Carl had spent some of his life in London having won a scholarship to study at the Royal Academy of Dramatic Art in Bloomsbury. At that time he lived in Kilburn only a mile from where Derek was brought up.

In 1977 Carl worked at the opening of the National Theatre on the Southbank and met our Queen, and had the responsibility to make sure Princess Margaret was looked after at the interval!

Carl returned to the UK in 1993 working for Disney. As he says London is his second home.

We have much to learn from Carl. Including what he learned at Disney, having to be a whistleblower and how he uses improvisation to teach leadership.