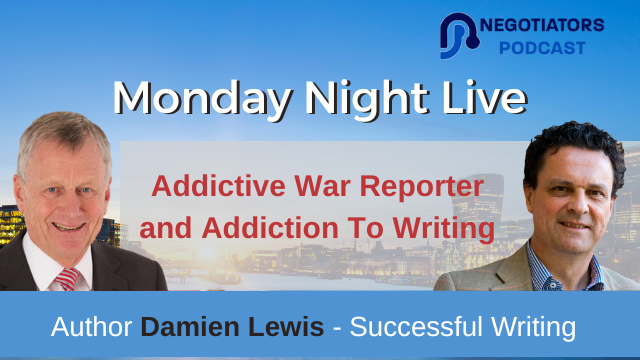 Damien’s books have been translated into over 40 languages worldwide.

For decades he worked as a war and conflict reporter for the world’s major broadcasters, reporting from across Africa, South America, the Middle East and the Far East, winning many awards.

After the adrenalin rush of reporting in war zones, he settled down in Dorset to write.

Damien’s books include the WW2 classics,

– Churchill’s great escapes and many more.

A dozen of his books have been made or are being made into movies or TV drama series. What an honour it is to have a worldwide best-selling author join Monday Night Live.